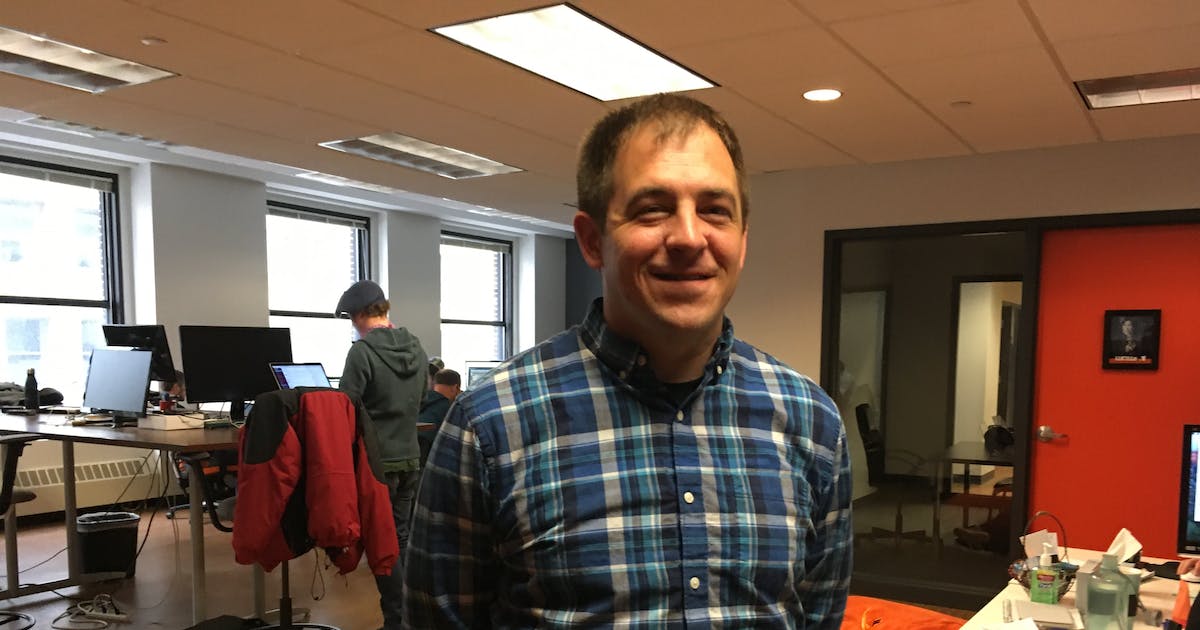 It’s inspiring to see a friend make a big push in some healthy activity even if you can’t match the effort.

If a friend starts talking about training for his first triathlon. you might decide it’s good to add some time on the stationary bike.

That’s what it’s been like watching the entrepreneur Aaron Kardell, founder and CEO of Minneapolis-based HomeSpotter, publicly thank people who helped his journey from starting the software firm in 2009 to selling it last year.

He’s been at it for weeks already, one note of thanks per day posted on LinkedIn and the newsletter service Substack. He’s only just getting started.

Kardell calls it #givethanks100, but he said just before Christmas that he expects to still be writing these daily notes in April or May.

One of the things you can’t help thinking, reading through what he’s posted so far, is that Kardell is one very rich guy. And I don’t mean what’s in his bank account.

The story of #givethanks100 started last spring, as Minneapolis-based HomeSpotter was in the process of being acquired by Lone Wolf Technologies. Kardell knew he had a lot of people to thank when the deal closed. Then he found out what a lot of people do when selling a business — that the days aren’t long enough to get to everything.

As the hard work of integrating HomeSpotter into Lone Wolf progressed, busy month after busy month went by. Kardell wondered if the right moment had already passed.

Then he decided he could find time to write one note a day, using LinkedIn and Substack instead of the mail.

Kardell kicked off #givegthanks100 on the first of December. The reactions on LinkedIn from the people he’s thanked so far are about what you expect.

“Thank you so much for the kind words Aaron Kardell!” wrote Amanda Maricle, who joined HomeSpotter in 2013 as an intern and then stayed to become its longest-tenured employee after Kardell himself. “I am honored to be part of this 100 days of thanks.”

One acquaintance protested that Kardell had made the classic error of confusing causation with simple correlation. His point was Kardell would’ve been just as successful had they never talked.

Another, the venture capitalist and entrepreneur Rob Weber, gently insisted that he should’ve been thanking Kardell, not the other way around.

Some of Kardell’s notes have been deeply personal — he’s thanked his wife, Kate, already — but he’s mostly thanking customers, employees, investors, even colleagues in a small co-working site in St. Paul that once served as HomeSpotter’s headquarters.

That leads to a not-exactly-easy-to-answer question: What’s the point of expressing gratitude when doing business means trading value for value?

Businesses buy software they really need for their operations, even when it’s from an unproven startup. Workers aren’t volunteers but employees getting paid. The co-working site’s partners collected rent.

A lot of startup founders seem genuinely grateful for their early investors, as so many founders knocked on the doors of dozens just to find a couple willing to invest. But these are investors and they didn’t put in their money as an act of charity.

Still. Saying thanks to these people makes a lot of sense.

Come Monday morning, the first business day of a new year, the customers can easily find another supplier or an employee can simply choose to stay in bed.

It’s probably true that a machine-signed happy holidays card in December from a supplier is a waste of paper and postage. But a handwritten “thanks for the business” note is both rare and wonderful. Hearing thanks over e-mail and voicemail can be good, too.

If business owners aren’t willing to tell customers, employees and suppliers how much they are appreciated, they had better be prepared to always be the lowest-cost supplier and pay the highest wages in the market.

There’s an even better reason to give thanks, though, and that’s the effect this practice will have on the person with the wisdom to be grateful.

That was a point made last week by Weber of Great North Ventures, one of the first people to be thanked by Kardell.

Weber described entrepreneurs as a hard-driving bunch, so committed to the idea of continuous improvement that they’re rarely satisfied. That’s one reason they don’t say thank you nearly as much as they should — as he eventually learned in his own entrepreneurial career.

Pretty much everyone, not just in business, are also hardwired to give themselves credit for the good things they’ve enjoyed in life while blaming their setbacks on others. It’s called the self-serving bias, another one of those little brain quirks that can lead to very selfish behavior.

Sometimes this gets justified as getting the results you’ve earned, but it’s hard to imagine how anyone could think about this notion for even a minute and not realize how wrongheaded it is. Plenty of people barely get by working two jobs. Others work long hours for years on businesses that finally run out of money and shut down.

Don’t get the idea that it’s not OK to feel great after the new product launched, the deal closed or the credit line got paid off. And please enjoy any day at work you get handed a check.

It’s also satisfying just to get to the end of a hard week or hard year and know how much good work got done.

And yet, by now there’s a tall pile of research in psychology and well-being concluding that people who routinely feel grateful for what they have and express it all the time are simply a lot happier. They’ve come to understand that they didn’t get what they had earned but a whole lot more.

If you think that way, you start to see the successes at work and in business as gifts, a little like the presents unwrapped on Christmas morning.

You hold the open box in your hands and look up to say thanks to everyone who chipped in. And everyone is smiling.