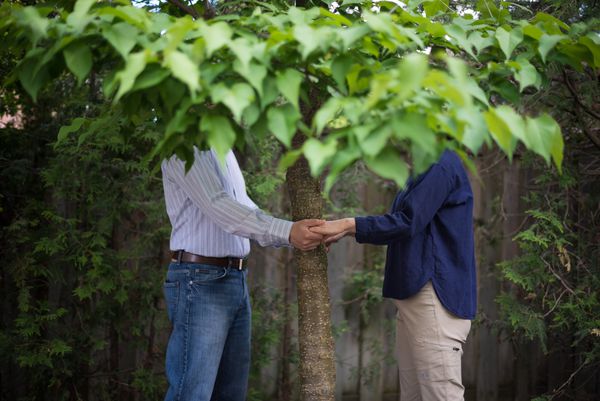 Henry and Clara are in their mid-50s and wondering whether they are financially prepared for their eventual retirement. Henry works for the government, earning about $120,000 a year. Clara is an engineer.

“I was let go early in 2020 and it took me six months to find a contract position,” Clara writes in an e-mail. “It made me realize that even though my expertise is in demand, finding a position in an industry where most of your colleagues are in their 30s is going to be difficult.” So she set up a corporation and began working on contract, billing about $150,000 a year.

“Although I love to work and have no plans to retire any time soon, we would like to know when I can retire financially,” Clara writes. “We don’t have kids, so there will be no one to look after us in our old age,” she adds. “We want to make sure that we can afford a really nice nursing home if we ever need it.”

Clara’s severance pay ran out at the end of last year so she is wondering how she should compensate herself now that she is an incorporated contractor. She is not yet drawing a salary from her company. “From 2022 on, how should I draw income from various accounts and sources tax-efficiently?” she asks.

Henry plans to retire in about five years, at age 60. Clara wants the option of not having to work past that point.

Henry has a defined benefit pension, indexed to inflation. Can they retire when Henry is 60 and maintain a retirement cash flow of $10,000 a month after-tax? Clara asks.

What the expert says

Clara and Henry are both in good health and would like to take an early retirement, Mr. Campanella says. They have saved aggressively throughout their lives. Henry plans to work for another five years, and Clara is confident she can work as an independent contractor at least until then and perhaps longer.

“Clara is an incorporated contractor earning active income through her Canadian controlled private corporation in Ontario,” the planner says. As such, her corporation is subject to a flat tax rate of 12.2 per cent on active business income under $500,000 a year. Any income she draws from her corporation will be subject to personal tax at her marginal rate.

Henry earns about $72,000 a year from employment after taxes and deductions. This leaves the couple with an annual shortfall of about $20,000 to maintain their existing lifestyle.

“Because Clara’s corporation is subject to a low flat tax rate, they are in a unique position to achieve a significant tax deferral by retaining as much money in her corporation as possible and investing through the corporation,” Mr. Campanella says. By doing so, they will not have to draw the earnings out and pay personal taxes unnecessarily, he says. They can spread the earnings over several years. For example, if Clara earns $150,000 a year in the corporation but only needs half of it to cover expenses, she can pay a flat amount of corporate tax in year one (12.2 per cent), then take half her retained earnings in dividends in year one and again in year two.

If Clara takes a salary of $50,000 a year starting in 2022, she would pay personal taxes of about $7,500, or about 15 per cent, the planner says. This would add another $42,500 a year to their combined income, or about $22,500 more than they need based on their existing spending. This surplus cash can be invested in their tax-free savings accounts, used as an additional emergency fund, or contributed to Clara’s RRSP, he says.

In addition, Clara would be able to save about $85,000 a year to invest in her corporation, Mr. Campanella says. “These retained earnings can be drawn in a tax-efficient manner via corporate dividends over the course of Clara’s retirement.”

Drawing on most registered investments will trigger personal tax, as will CPP, OAS, Clara’s corporate account and Henry’s employer pension plan, the planner says. The TFSAs will be tax-free, and the personally held non-registered portfolio will only be subject to tax when capital gains are triggered and when the underlying investments make taxable distributions (dividends and interest).

“To keep things simple and conservative, let’s assume that 100 per cent of the couple’s retirement income is subject to tax at their marginal rates,” the planner says. “We will also assume an annual return on investment, adjusted for inflation and based on a balanced portfolio, of 3.02 per cent in non-taxable accounts and 2.41 per cent in taxable accounts.”

Henry and Clara’s retirement will come in two phases. The first phase occurs between ages 60 and 65, when they will not be receiving government benefits, and the second phase between ages 65 and 90 when they will be taking CPP and OAS. From age 60 to 65, if they both stop working, they will have a shortfall of $94,500 a year (required pre-tax income of $150,000 minus Henry’s pension $55,500) that they will have to draw from their savings and investments. From age 65 to 90, their shortfall will shrink to $68,000 a year because they will have started collecting CPP and OAS.

“Using the assumptions above, and their beginning investment balance of $2,148,000, Henry and Clara should be able to accumulate about $2.9-million in investable assets by Henry’s age 60,” Mr. Campanella says. “Using simple math, the couple would require about 3.3 per cent of their investment balance to fund their retirement shortfall between ages 60 and 65 and 2.4 per cent thereafter,” he says. “This is well within a reasonable range of anticipated retirement draw on their portfolio and should be easily sustainable,” he adds. “In fact, the projected inflation and tax-adjusted return on investments as calculated above will almost sustain the couple indefinitely.”

As a backup, and to ensure they can afford a good-quality nursing home if they need one, the couple also have significant value retained in their home, Mr. Campanella says. “In a worst-case-scenario, should their investments not perform as planned, they could tap into the value of their home or downsize to supplement their retirement lifestyle.”

The problem: How should Clara pay herself from her corporation? How can they withdraw in a tax-efficient manner after they have retired?

The plan: Clara draws a modest salary and leaves the rest of her contract income to grow within the corporation. After she quits working, she can draw dividends.

The payoff: More than enough to meet their retirement spending needs.

Some details may be changed to protect the privacy of the persons profiled.

Be smart with your money. Get the latest investing insights delivered right to your inbox three times a week, with the Globe Investor newsletter. Sign up today.