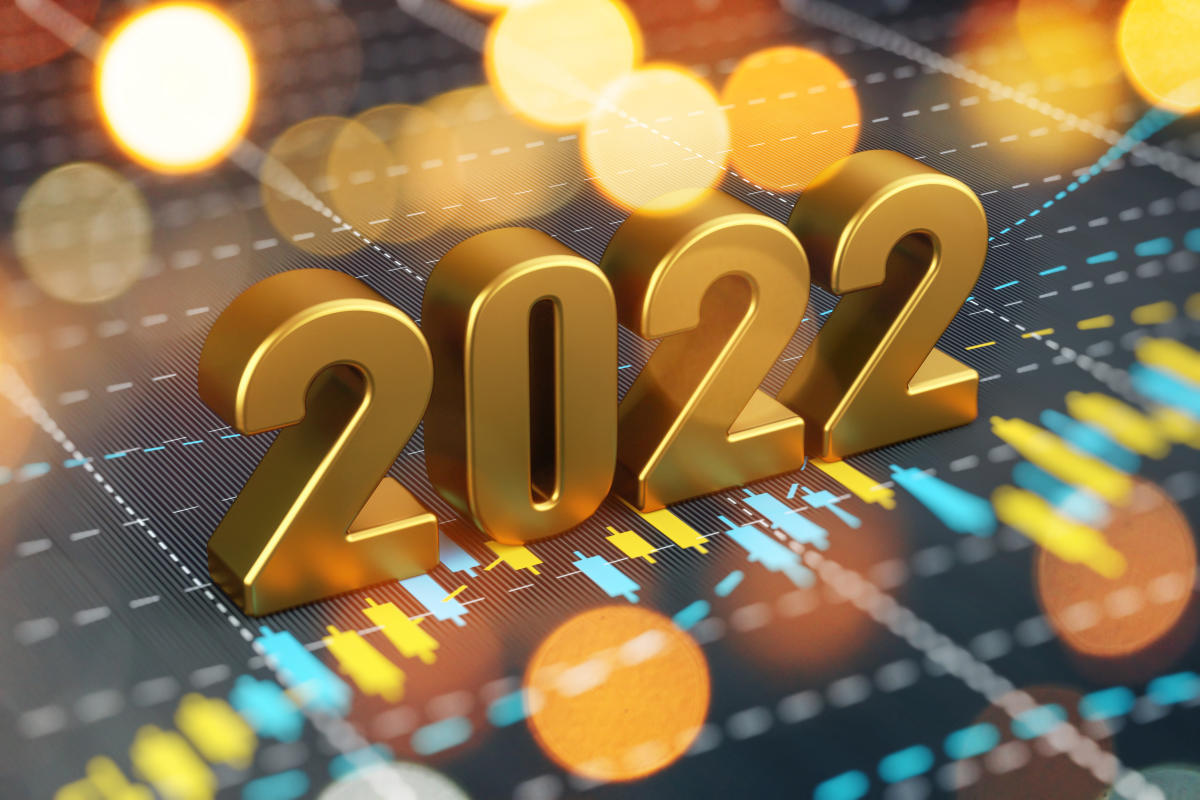 Welcome back from your staycation. It’s time to make money.

The markets enter the New Year in a great mood.

Strategists are rocking 5,000-plus calls for year-end S&P 500 targets. What pandemic (said tongue-in-cheek)? Profit estimates by analysts remain on an uptrend, as if to laugh at the real threats of stubborn inflation. Stock valuations are well above historical norms ahead of interest rates from the Federal Reserve. Just money chasing money at this point, right? The pipeline of IPOs and deals look strong, too — which could help to keep a bid under many companies.

Even history says 2022 will be another banner year for stocks.

Truist Advisory Services co-chief investment officer Keith Lerner found that going back to 1950, when the S&P 500 had a total return of at least 25% in a year, stocks usually rose in the following year. The outcome during that 71-year stretch: stocks advanced 82% of the time, or 14 out of 17 instances.

Not too shabby by any stretch of the imagination. So with these feel good vibes in the markets to kick off the year, I offer up a couple predictions. The tie that binds these predictions: none of them are buffoonish. I am not making them to get on TV (that is my day job, after all) or justify a $300,000 Substack stipend for an extra premium newsletter. Nope, these are things I think could actually happen and you could consider as part of your investing process.

DoubleLine’s Jeffrey Gundlach: Yours truly is spending the next two days in California with the top investing minds at DoubleLine and some distinguished guests at their third annual Roundtable Prime. This will include an exclusive interview with bond king Jeffrey Gundlach, a frequent guest of ours. Having just listened to Gundlach’s latest webcast where he shared thoughts on the markets for the year ahead, I can tell you to be on the lookout for our interviews over the next two days. Gundlach moves markets, bottom line (and he has been right a ton of times on the markets since he founded DoubleLine in 2009 and before then, when he honed his craft at TCW).

Where to start on the first trading day of 2022: Goldman Sachs’ chief U.S. equity strategist David Kostin points out the five largest S&P 500 stocks at the start of 2021 (Facebook, Apple, Amazon, Microsoft, Google) collectively returned 37% last year, and now account for 23% of the index. Here’s a helpful chart from Kostin and his team.

Stock to watch: On Wednesday at CES, General Motors will try to steal a little spotlight from the thundering herd that has become the executive team at crosstown rival Ford. CEO Mary Barra will unveil GM’s first-ever all electric Chevy Silverado pickup truck, at a time Ford has stopped reservations on its all-electric F-150 Lightning because demand has been so off the charts. Put us in the camp of thinking it will be a ho-hum presentation for Barra and GM and that it 1) doesn’t end the view Ford is ahead of GM in the electric race and 2) doesn’t wrestle the spotlight away from Tesla’s impressive fourth quarter delivery numbers released over the weekend. “This was a ‘trophy case’ quarter for Musk & Co. with massive momentum moving into 2022,” said Tesla bull and Wedbush analyst Dan Ives.

Other business news: Bring on the January Effect, otherwise known as a powerful seasonal force for markets at the start of a new year. Yahoo Finance’s Alexandra Semenova has all the details for you. All I have heard for months are upbeat outlooks on the housing market, so this hot take from one of the best analysts in the housing game stood out. Ivy Zelman taking a more muted stance on housing, as discussed in this Business Insider interview. Hat tip to Certares and Knighthead Capital Management, which are sitting on $3 billion in paper profits after betting big on once bankrupt rental car giant Hertz, notes the Financial Times. Apollo Global (parent company of Yahoo) also made an impressive profit on Hertz, according to the FT. Here’s Hertz CEO Mark Fields (former CEO of Ford) discussing his plans for the company. Still bullish on airlines, especially those that over-index to international travel? Check out the testing chaos well underway for international travelers, as penned by The New York Times. One read of this will make you want to cancel that overseas trip (which would not be welcome news to the already battered bottom lines of airlines).

Noteworthy tweet: How does the old saying go… you get what you pay for? That didn’t live up to the promise if you parked your money with a hedge fund in 2021. Only three hedge funds outperformed the S&P 500 in 2021, according to data sourced from Bloomberg. Embarrassing for the profession. The biggest loser was Melvin Capital, which was short GameStop during the meme stock frenzy in January. Last year was no great shakes for mutual fund managers, either. Just 20% of core and 15% of growth mutual funds outperformed their benchmarks, reports Goldman Sachs’ Kostin.