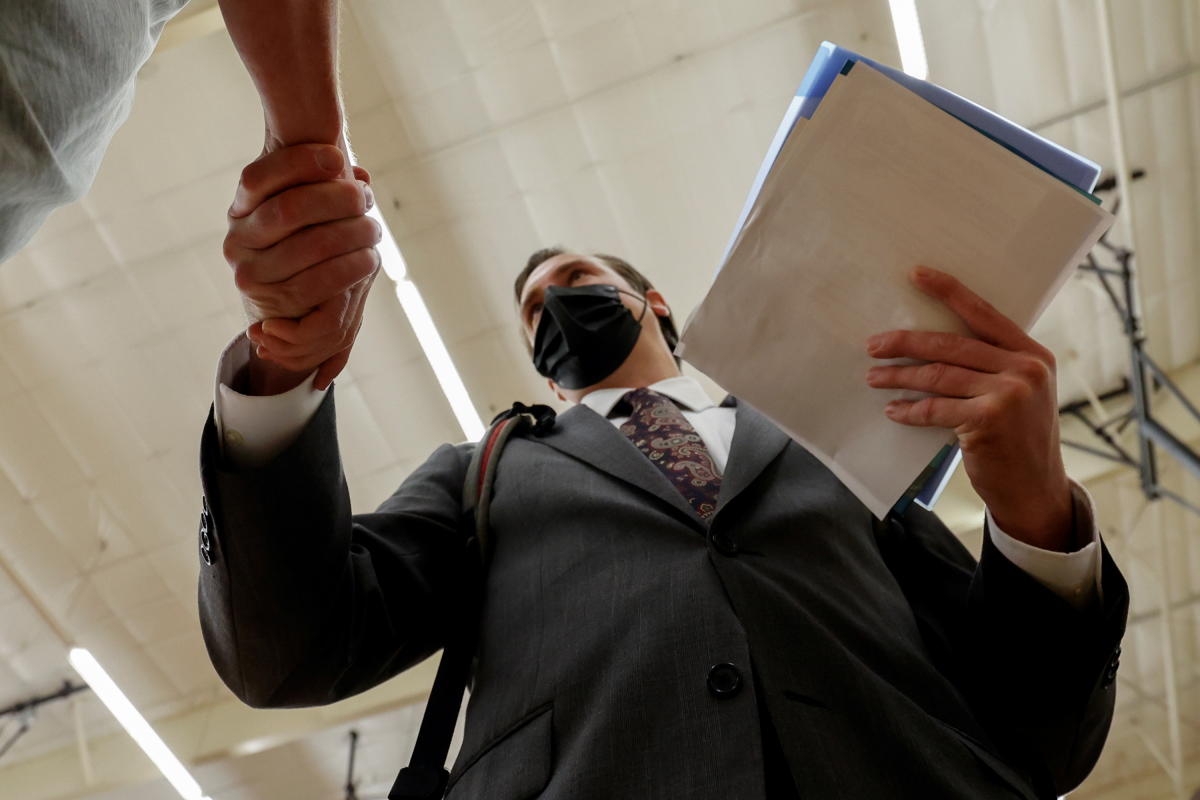 Investors can expect a busy first week of 2022, laden with key economic releases out of Washington that include the highly-anticipated December jobs report and minutes from the Federal Open Market Committee’s (FOMC) latest policy-setting meeting.

It was a hectic final month of 2021 for markets, stocks rallied to new highs and the action could pour into the new year’s opening week of trading with a boost from what is known as the “January Effect” — the perception of a seasonal rise in U.S. equities during the first month of the year.

Wall Street attributes the theory to an increase in purchasing following the drop in prices that occurs in December when investors sell positions that have declined in order to take the capital loss in that calendar year’s taxes. Some also think the anomaly is the result of traders using year-end cash bonuses to purchase equities the following month.

Employment data will be in the spotlight this week. The Department of Labor’s monthly jobs report due for release on Friday will offer an updated look at the strength of hiring and labor force participation — important measures of the U.S. economy, made even more consequential in recent weeks amid a backdrop of rising COVID-19 cases as investors look to assess the impact of the the latest Omicron-driven wave.

Consensus economist estimates suggest that about 400,000 jobs were added in December, with the pace of hiring nearly doubling from the fewer-than-expected 210,000 recorded in November, when forecasts predicted a half-million new jobs to return. The unemployment rate is also expected to improve further to 4.1% from 4.3% in November when it ticked down to the lowest read since March 2020.

Although the pace of non-farm payrolls is projected to have risen in December, the downside risk to estimates may be “sizable.”

“COVID caseloads have been on the rise since November, and news that Omicron could be more infectious than previous variants circulated widely during the December survey period,” Bloomberg economists wrote in a note. “Given how often households have cited fear of COVID or care-taking needs related to COVID as the most important reasons for staying out of the job market, the emergence of the Omicron variant could continue to discourage them.”

Despite steady rehiring since the peak of the pandemic, labor force participation remains short of pre-virus levels. The civilian labor force was down by about 2.4 million participants as of November, compared to February 2020. Labor issues are also fueling surging inflation levels, as companies large and small face logistical challenges, including rising business costs and supply chain bottlenecks caused by a shortage of workers.

“This severe labor market shortage — more than any other economic factor — is accounting for a massive breakdown in the normally well-oiled global supply chain,” experts at Wilmington Trust said in their 2022 Capital Markets Outlook. “Labor participation and how firms deal with global resource disorder will likely determine the path for inflation, which is the critical consideration for investors in 2022.”

With inflation at the forefront, investors will also set their sights on the Federal Reserve as it looks to raise interest rates this year to offset swelling price levels. The pace of these hikes will determine the stock market’s path forward in the new year.

Minutes from the FOMC’s Dec. 15 policy-setting meeting, due out Wednesday, could give investors a better picture of where policymakers see interest rates going in 2022.

Fed officials indicated last month that all 18 members predict at least one 25 basis point hike next year, with the median member forecasting three rate hikes before 2022 is over. The next FOMC meeting is scheduled to take place on Jan. 25 and 26.

“What’s not changed is the focus on inflation, that’s the biggest risk,” Brigg Macadam founding partner Greg Swenson told Yahoo Finance Live, adding that the Fed changing its tone is “too little, too late.”

“They are still, by most measures, quite dovish, even with the tapering of bond purchases and the market pricing in three hikes next year, you’ll still have dramatically negative real rates,” he said. “I wouldn’t call that a hawkish Fed — maybe their tone has changed a little bit and they have definitely stopped using the word ‘transitory,’ they have all but admitted that they missed inflation and underestimated it.”

Although earnings season doesn’t fully commence until around mid-month, several notable off-cycle reports are due out this week, including ones from Jefferies, Bed Bath & Beyond, and Walgreens.

CES, the Consumer Technology Association’s iconic consumer electronics show will also take place from Jan. 5-7 in Las Vegas, but will end one day earlier than initially planned due to fast-spreading cases of COVID-19. The event may also have a light crowd, with some usual, big name attendees like Apple, Alphabet and Facebook’s parent Meta dropping their plans to attend in-person under the circumstances.