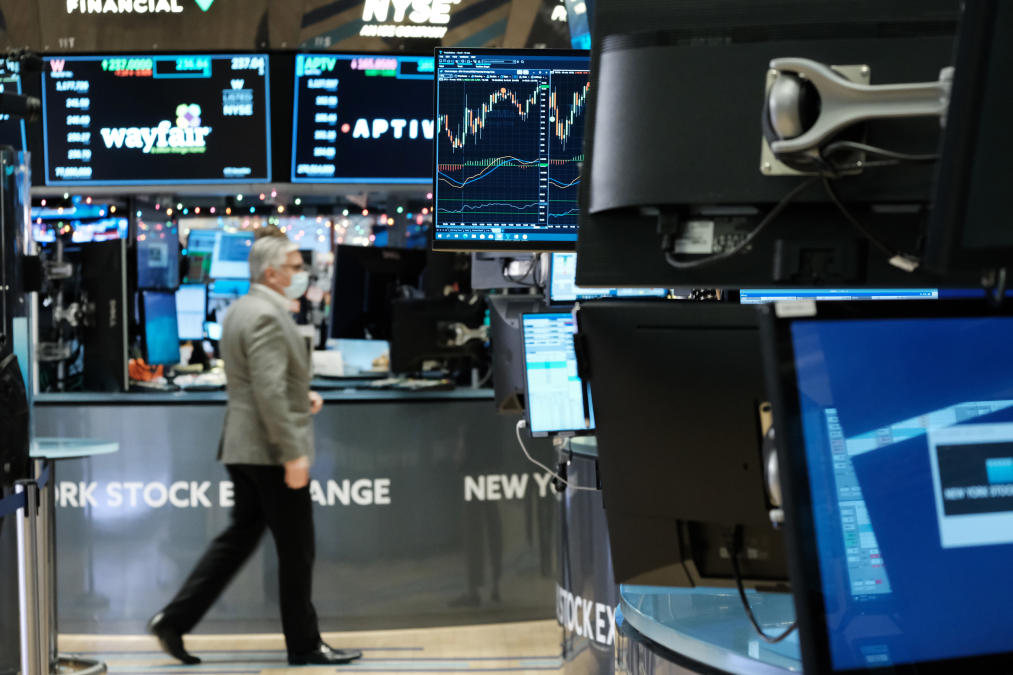 The stock moves on Thursday followed the release of fresh data from the U.S. labor department that showed the number of Americans filing initial jobless claims fell to the lowest level since September 1969. Weekly jobless claims fell to 184,000, below the pre-pandemic average of about 220,000 per week, pointing to a tightening labor market as employers seek to retain workers.

Investors mostly shrugged off jobs data as they pivot their attention to this month’s Consumer Price Index report as worries about stickier levels of inflation heighten. The latest CPI numbers are scheduled to be released Friday morning.

“I think what we’ve learned from the jobless claims is that it’s another affirmation that the labor market is increasingly tight,” Principal Global Investors Chief Strategist Seema Shah told Yahoo Finance Live. “We can see clearly that there’s very strong demand for employment. The area which is holding back the full recovery is from the supply side.”

“It looks like employers need to do more,” Shah added. “Wage increases are probably on the agenda for next year, and that’s part of the broadening of inflation pressures that we’ve already started to see come through in CPI data.”

Shah told Yahoo Finance, however, that her firm expects other parts of the inflation picture to fade and the 6%-7% consumer price figures likely to be seen in tomorrow’s report release should fall back to 3%-4% by the end of next year.

The U.S. Food and Drug Administration granted emergency use authorization of Pfizer Inc and BioNTech’s COVID-19 vaccine booster shot for those aged 16 and 17 as the CDC strengthens its recommendations for those who are eligible to get a third dose.

The company erased $11 billion in market value following a proposal to offer $1.75 billion of convertible senior notes expected to be sold to institutional buyers in a private offering. The decline also marked the second nosedive this week for shares of Lucid, which hovered around bear market territory Monday following disclosure of an investigation by the SEC of a recent SPAC merger.

Shares of electric vehicle maker Lucid Group (LCID) wiped out $11 billion in market value following a proposal by the company to offer $1.75 billion of convertible senior notes expected to be sold to institutional buyers in a private offering.

The decline marks the second nosedive this week for shares of Lucid, which hovered around bear market territory Monday following disclosure of an investigation by the SEC of a recent SPAC merger.

The tech-focused Nasdaq composite extended its decline on Thursday, falling as much as 1.1% in afternoon trading to 15,611.08 after a volatile week for U.S. stocks as they climbed in a three-day recovery rally.

Shares of Nu Holdings (NU), the Warren Buffet-backed Brazilian financial technology that does business as NuBank, jumped as much as 36% on its inaugural trading day Thursday.

The company’s backers include Warren Buffet’s Berkshire Hathaway, which is reported to have taken a $500m stake in NuBank in June, valuing the company at $30 billion at the time.

The Dow Jones Industrial Average bounced back in midday trading on Thursday following a slide by all three major U.S. indexes at the open.

Markets shrugged off data from the U.S. Labor Department released Thursday morning that showed the number of Americans filing initial jobless claims fell to the lowest level in half a century, opening lower in early trading and concluding a recovery rally that spanned three trading sessions.

11:00 a.m. ET: Wholesale inventories rise above estimates ahead of holidays

US wholesale inventories climbed above estimates in October as companies stock up for holiday season demand.

Latest figures from the Commerce Department released Thursday showed wholesale inventories rose 2.3%, slightly more than the 2.2% estimated last month and 14.4% up from a year earlier.

The rise in inventories at wholesalers suggests restocking of warehouses could support economic growth this quarter. U.S. businesses recently struggled to hold inventories on hand due to supply chain delays and strong sales.

Shares of Gamestop (GME) dropped in early trading after the video game retailer posted Q3 earnings Wednesday reflecting widening quarterly losses that disappointed investors. The stock was down by as much as 6% after markets opened on Thursday.

Wedbush analyst Michael Pachter cut his price target from $45 to $50, attributing the downgrade to lack of clarity from management on a digital transformation plan for the company promised in the past that “has yet to crystalize.”

“Another quarter, still no turnaround strategy in sight,” Pachter wrote in a note to clients.

The video game company and meme-stock darling reported a quarterly loss of $1.39 per share, higher than consensus estimates.

New weekly jobless claims came in well below expectations and reached its lowest level since September 1969. The Labor Department reported that 184,000 claims were filed for the week ending Dec. 4. Claims are hovering below their pre-pandemic levels.

Continuing claims, which represent the number of individuals still receiving unemployment benefits via regular state programs, have also come down and held below 2 million last week. For the week ended Nov. 27, continuing claims was 1.992 million.

Here were the main moves in markets in early trading Thursday:

Here were the main moves in markets in late trading on Wednesday: